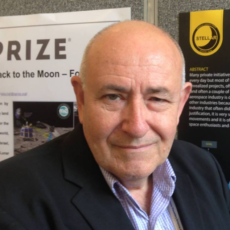 Robert is the Principal Adviser to ThunderStruck Space. He is an Aerospace Innovator and an aerospace engineer. At the age of 17, Robert was on the Team supporting Apollo 11 from Australia with the feeds from Honeysuckle Creek and the Parkes Radio Telescope. He supported almost every mission from Apollo 11 to STS-7 and a minor support role in Shuttle flights right up to 1985. During that time he worked at the Parkes Radio Telescope in support of Voyager Uranus encounter and ESA’s Giotto mission to Halley’s Comet. He was seconded to the ESA Team for the Giotto mission and saved the flight from failure. He became one of a handful of people to single-handedly save a space mission in flight. He was instrumental in finding and repairing faults in critical ESA systems at Parkes that had eluded ESA staff for six months. Thunderstruck Space is his company and the vehicle for several projects such as the StratoDrone and the Mars Median Mission. Robert is a regular guest lecturer at Sydney University Aerospace Engineering and speaks at national and international Space Conferences on space innovation. The Mars MEDIAN Mission is based on Methane detection and has passed many milestones. The use of penetrators to land the payloads was his concept as was the mapping, orientation and much more. Other than the Methane experiments, most items were his concepts. He is well known internationally and first met the creator of MEDIAN, Nick Howes, at a space conference in the US Nick had had little success in finding a landing solution for the MEDIAN network until he met Robert Brand at Spacefest. Robert is now working on multiple space projects covering a wide range of technologies. His focus is on servicing Defence when building space solutions.